Hey oh of the boat! Come and stop over you and your sailors, throw your ink at Briare-le-Canal ! 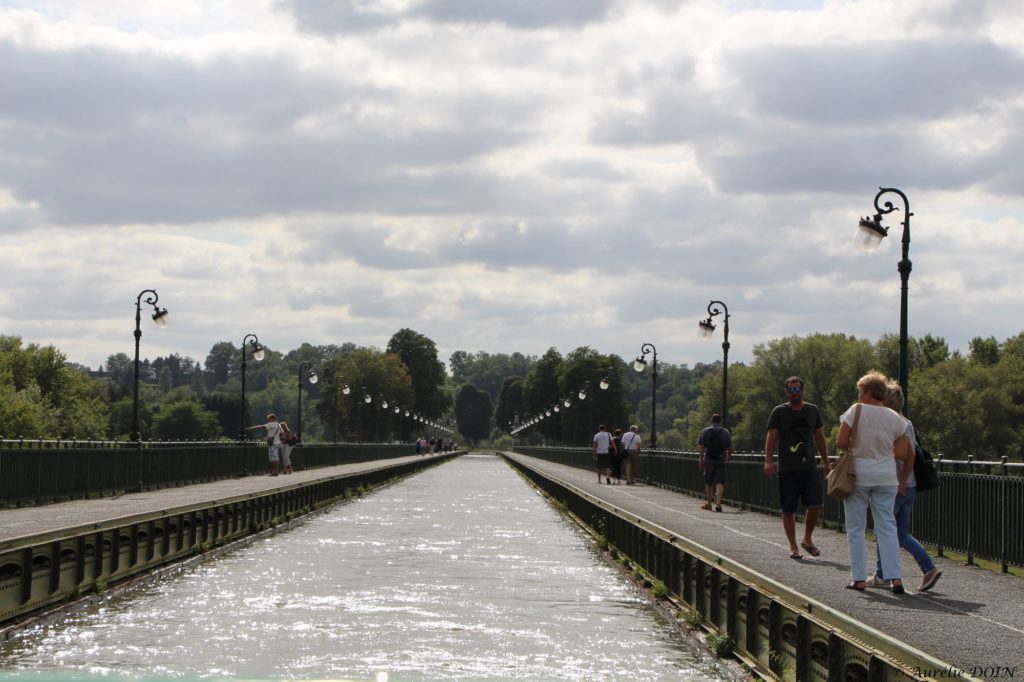 Even if the city of Briare-le-canal is in the Centre-val-de Loire region and in the department of Loiret, historically speaking, the city first belonged to Puisaye !

It owes its reputation, and especially that of its canal to the good old King Henry the Fourth ! Good Henry simply wanted to connect the river Loire to the Seine ! Well, let’s talk a little bit about geography …: Briare, is very close to the Loire, but unfortunately the river flows towards the city of Nantes! However, there is a river not far from there, the Loing. Hence the creation of a canal and locks. By the way to see the most beautiful locks of the region you need to go to Rogny les Sept Ecluses ( seven locks). Later on (late 19th century) a canal-bridge was built by Léonce-Abel Mazoyer. All these constructions to reach the Loing that flows into the Seine ! Do you follow ?

By boat, bike or pedalo !

It’s classy to visit the city by boat ! Whether you’re at the comands or you let yourself be driven aboard a speedboat, you have many options to discover the city.

If you’re seasick (or you might even say riversick), there’re many ways to explore the city through the different walks which will either lead you to the musée de la mosaïque, to that of the deux marines or to the petit train departure point !

Actually, the city shouldn’t be called Briare-le-Canal, but Briare-les-Canaux (that’s canal to the plural in French) ! Indeed, there’s more than one! But that dear landlubber, is for you to find out…