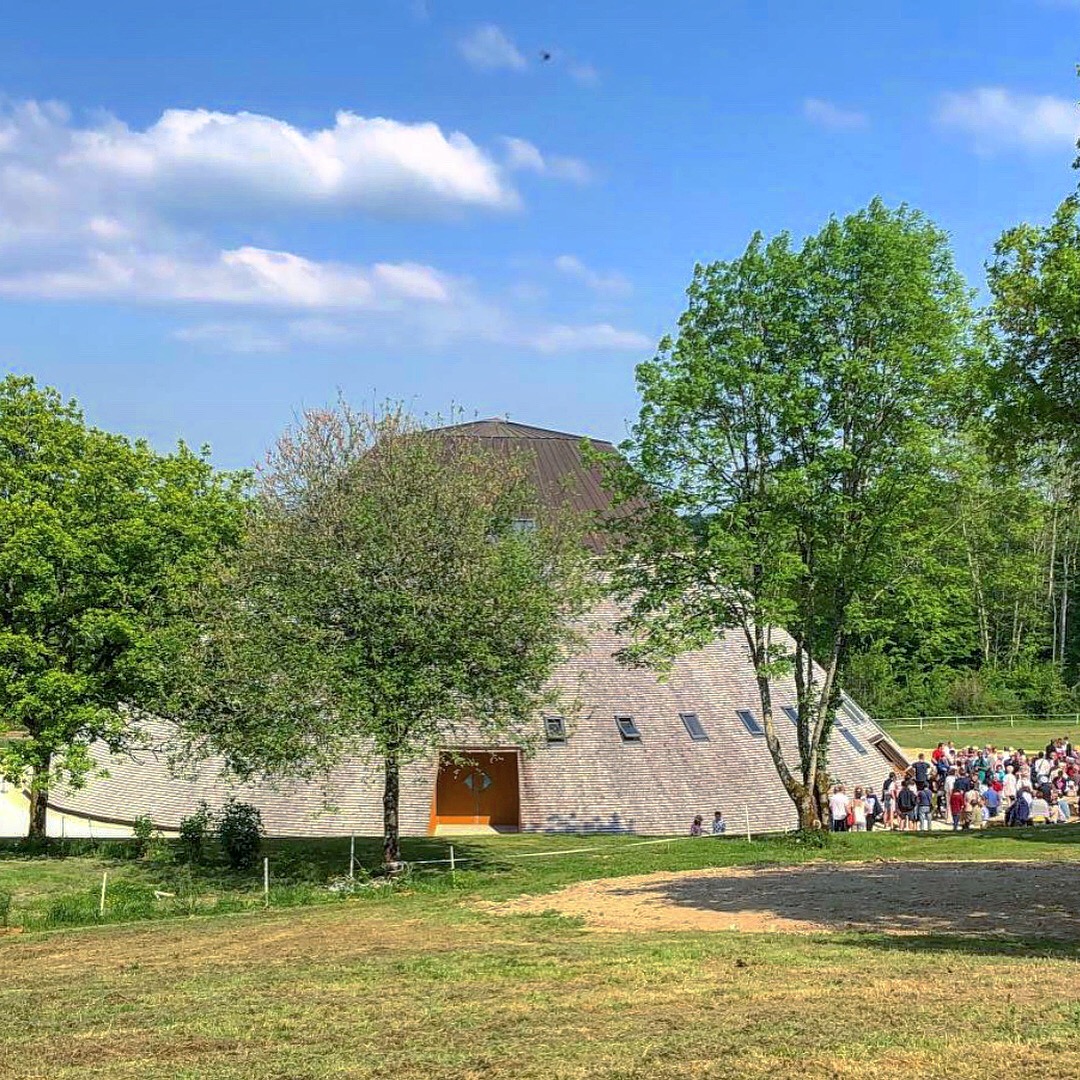 In Burgundy, there’s talent in Puisaye, and we can actually see it a little bit more year after year! This motto becomes our territory all very well. One more proof is to be found at the inauguration of the “Wolf Pyramide” which took place on May 5th …

Let’s go to Toucy ! Being from the north of la Puisaye, it’s quite easy for me to reach the hamlet les Gilats. I drove the B road connecting the A6/E15 motorway exit to Toucy and just keep driving straight on…

When I arrived at les Gilats, right from the parking area I could already see a building structure that’s unusual here in Puisaye…it’s the pyramid !… La fameuse Pyramide ! 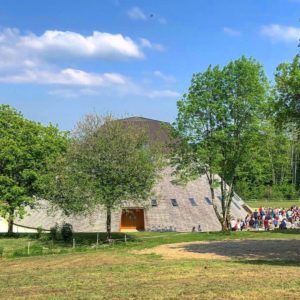 The paths to get there are net and show the way … let’s go ! Many people are already there to celebrate the long-awaited opening of the Wolf pyramid.

When I’m there, I take the time to walk around the pyramid … it’s huge ! And the surrounding landscape is breathtaking and typically poyaudin 😉

When we’re inside the pyramid … it’s as huge as it looked from the outside ! the large and spacious reception hall with a gift shop from which you won’t be able to resist buying a little memory ! ^^

Then we’re invited to go upstairs to take place to watch the animation created by and for the museum on the history of the wolf … but I won’t tell you more, I don’t want to spoil it for you ! 🙂

Then there’s a whole scenography – that of the film – that we discover after watching it, before going on with a playful and interactive visit on the wolf throughout History, in tales and legends. Beyond wolf facts, you learn about biodiversity, and the exhibition is a real wake up call to respect the environment and animal species. 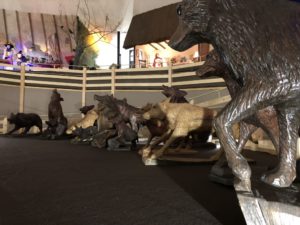